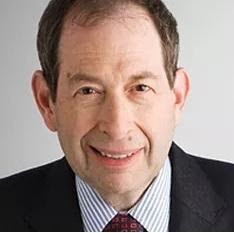 Gilbert is continuously involved in important legal issues and policy matters affecting health care including development of legislation and policies to improve the health care system. Gilbert is also a life-long advocate for educational forums to promote ongoing and effective exchange of information related to new initiatives. With an established history of working for and with the government, Gilbert now strives to continue to work on numerous health law and policy matters for clients both in the private and public sectors. Gilbert also holds several professorships and serves as Editor-in-Chief of Health Law in Canada. Gilbert most recently spent the last 18 months as an advisory within the Ontario Ministry of Health.

Gilbert’s primary field of practice is Health Law. Gilbert is the former long-time Director of the Legal Branch of the Ontario Ministry of Health, bringing invaluable experience from a distinguished 40-year career in legal practice and advisory roles.

Gilbert offers unparalleled experience in healthcare public policy and regulation, and intimately understands the complex realm of evolving public and private healthcare in Canada. Through his involvement with the Ministry of Health since 1975, and associated work with numerous government ministries and agencies, Gilbert has influenced some of the most important legal issues and policy matters affecting modern health care. This includes the development of legislation and policies to improve the Ontario and Canadian health care system. Gilbert strives to assist clients who seek to cause an impact on healthcare.

Internationally, Gilbert has been an advisor on healthcare projects for the World Bank, Inter-American Bank, and the World Health Organization. He advised on US healthcare reforms in part during his tenure as a professor in the health law group at Loyola University in Chicago. Gilbert had an instrumental part in the creation of the first Canadian health law courses, at Osgoode Hall Law School at York University, Schulich School of Law at Dalhousie University, and University of Ottawa Faculty of Common Law.

Gilbert holds several professorships, including the Faculty of Law at the University of Toronto.

Gilbert received his B.A., from the University of Toronto, and his LL.B., and LL.M., from Osgoode Hall Law School. Gilbert is President of the Canadian Institute of Law and Medicine and Editor-in-Chief of Health Law in Canada. Gilbert has several published books, hundreds of articles, and is a sought-after speaker at health, and medical conferences.